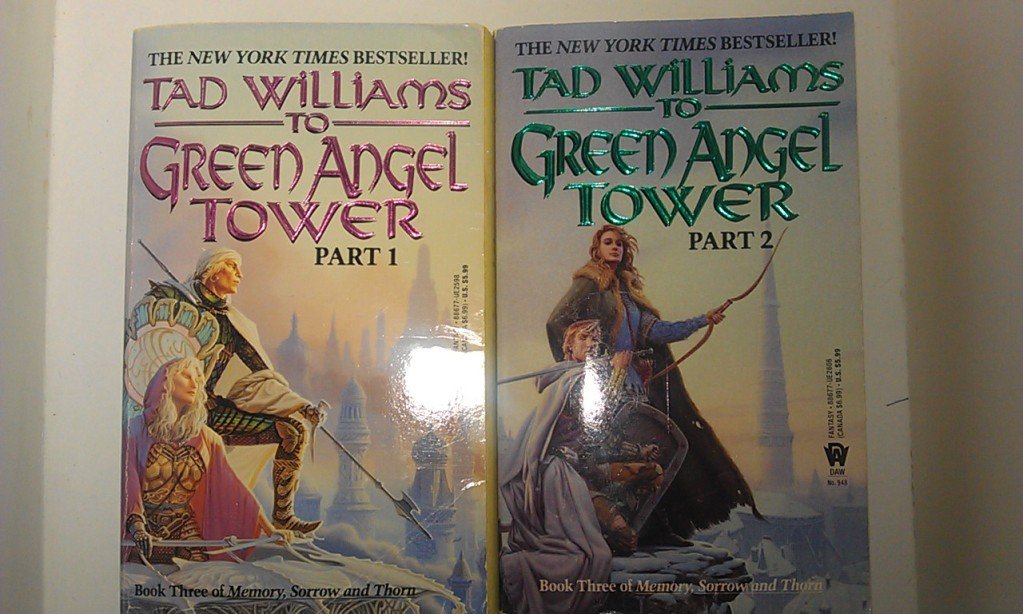 Williams does an excellent job of this. No scene is too long or wears on you, and each scene is definitely needed to keep the entire canvass moving at its stately pace toward the ever looming resolution some pages from now. By this the third book which is so long it is published in two parts the fictional universe is well established along with all the characters. Now you are simply living the various lives, all of which you find yourself caring very much for. Again, I cannot recommend this trilogy enough.

May 30, Aldi rated it it was amazing Shelves: all-time-favs , all-the-feelings , fantasy , made-of-undiluted-win , rereads-to-break-you-all-over-again. I know To Green Angel Tower is technically one book, but since 1 our hardcover edition has by now become too rare and valuable to use as a mere reading copy, and 2 I first read it split in two, as I'm doing now, I will treat it as two separate volumes - of which I will always consider Part 1 as The One Where Everything Starts To Come Back Together.

In fact, for being set smack in the middle of a world-wrenching conflict, this one has always struck me as a particularly uplifting book. Not becau I know To Green Angel Tower is technically one book, but since 1 our hardcover edition has by now become too rare and valuable to use as a mere reading copy, and 2 I first read it split in two, as I'm doing now, I will treat it as two separate volumes - of which I will always consider Part 1 as The One Where Everything Starts To Come Back Together.

Not because dreadful events don't happen they do, in spades ; not because it is less dark than its predecessors. But whereas both The Dragonbone Chair and Stone of Farewell were either centered around traditional quest companionships or solitary struggles, this first part of TGAT has a strong focus on the development of friendships some obvious, some less so that is just lovely to watch.

In many ways, of course, that's just the calm before the storm, as I'm well aware the final book will scatter many of these people far apart and bring them back to solitude and darkness, but I can't help revel in the comparative warmth of this part: in the brief victories, the moments of self-empowerment and often, humour. One of the best parts about this series is the slow and entirely believable maturation of its main character. A lot of fantasy series have the teenage hero, but few of them bother to make it an authentic one. By contrast, Simon is never anything less than real, sometimes painfully so: either as a bumbling, cringey, completely and exasperatingly real year-old idiot, or as the endearing, funny, earnest and puzzlingly sweet young man that he becomes - not with a snap of your finger or conveniently between books, but as a perfectly organic and natural result of the things he goes through.

What maturity he's gained is entirely his, and it's beautifully compatible with the insecurities and bumblingness he still retains. It's just wonderfully done. Another thing that I love about this book and I could bang on all day :P is the pacing.

There isn't a single scene here that doesn't serve the flow of the plot in some way, and despite the wealth of description, it somehow always strikes the right balance of enriching the world with flavour, never veering into the territory of bloated redundancy. Ditto the cast of characters, both primary and secondary - we always learn enough about them to make them come alive, but never so much that it drags the entire story off track or meanders on some unnecessary side plot.

The battle that takes up a couple hundred pages is tense and action-packed, with surprises thrown in but never incomprehensible, and it's all experienced through the eyes of people we care about, people we desperately want to make it. This is how you write battles. I'm terrified, and also manic with glee. Bring on the pain! Even though this book might be a little too big a total of pages in the UK edition , I felt that the story flowed really well, and though it could definitely have been a little bit smaller it really isn't something that bother me in the end as Williams has made a very enjoyable story.

In the first part the story begins with Miriamele and Cadrach having their own little adventure, as it continues from Stone of Farewell , while the rest of the characters start slowly to set their plans for the war that threatens them all. But as Williams gets us closer to the second part, everything becomes greater with more battles and even more betrayals, and with Simon and Binabik beginning, once more, their own great adventures. One thing that I really liked again in Williams' writing is that, even though this is the last book in the Memory, Sorrow and Thorn trilogy, he still continues to evolve the world-building, which surprised me a bit as he had already shown too much in the previous two books.

However, I must say, he handles the story really well, and unfolding beautiful the mysteries behind their enemies plans. The ending, on the other hand, and though it has some good but predictable moments, it was very nicely done too, bringing a very impressing and satisfying conclusion to the series. Overall, although the book, and the trilogy in general, is quite huge Williams closes this journey with an epic conclusion, evolving beautifully the story and the characters, and making a series that is definitely worth the attention of fantasy fans who enjoy a slow-paced, but well crafted traditional adventure.

No, the heroes have merely gathered after fleeing an earlier defeat, and now they find they are under siege from an army sympathetic to King Elias' cause and Elias is under the Storm King's influence. Immersive and slow paced as always, Tad continues to impress with how well he sinks you into his world while you wish the plot would move faster.

The book approaches the close with a brilliant battle at The Stone of Farewell with tragic and heroic events that haunt my memory to this day. The final events of the book see Princess Miriamele leave the relative safety of her uncle's forces and head of into the unknown in a desperate attempt to reunite with her father King Elias who has been corrupted by the Storm King. She heads into the eye of the storm, and our intrepid and naive hero, Simon, must follow for he has sworn as a knight to protect her.

Compelling stuff that still needs a good amount of determination to continue reading. I will reserve judgment til the end of part 2, but I will say that I thoroughly enjoyed this book! There were a few spots I thought he took some unfortunate shortcuts in narration when he is otherwise a very patient and careful storyteller, both with modernisms as well as the diction choices themselves. Feb 01, J.

Brister rated it it was amazing Recommends it for: Tad Williams fans, fantasy fans.

Shelves: , Originally, it was split into two books for printing reasons, but I have seen books where you can get both parts in one book. Tad Williams has a hard time writing trilogies without making them four books long. Plot: The story line, which was kind of slow in the first two books, starts to pick up quick a bit in this book. Characters: The main character gets a little less annoying and some of the side plots and character begin to come full circle.

Who should read this book: Fans of Tad Williams, fantasy fans Who shouldn't read this book: People who hate fantasy, People who are looking for a longer, more in-depth series Conclusion: This is an excellent series, and Part One is a very good part of the story. However, Part Two actually blows the first half of the book out of the water. Great series. Oh, and the cover art is awesome! May 22, Joy Pixley rated it it was amazing. By the time we get to book three of the trilogy, the page count is really adding up.

You get fast fight scenes but also plenty of time for reflection, worries, confusion, mourning, even boredom. It feels so real. And more descript By the time we get to book three of the trilogy, the page count is really adding up. And more descriptions -- oh, what lovely descriptions of these exotic, magical settings and scenes. Sometimes you have to be in the mood because they really do slow down the pace. But clearly he's picturing these magical places and events like a movie scene in his mind, and yeah, those are some cool special effects he's describing. By book 3, we've expanded to even more POV characters, which works, because he gives each one enough time to develop.

I like that he's not scared of killing off his characters when it makes sense, even the POV ones, as it adds to the tensions still, I'm glad he's not going full-bore "Game of Thrones" about it. Like many classic fantasy adventures, it's male-heavy in its characters. Once you start with a patriarchal society where only men can be kings and princes and soldiers, and then you center the story on a war between rulers -- you're pretty much stuck with a lot of male characters.

But then, he chose to write that story, so that's not much of an excuse. Williams does include several female characters, including one who becomes a main POV character and a few who are given as much attention as other secondary characters. I'm glad to see them, although it feels a bit dated that most of the women's primary roles are love interest or wise woman. Overall, still loving this series. I finished this one and immediately picked up the next, despite the late hour.

enter As with the first two: a strong recommendation for anyone who enjoys epic fantasy adventure. Slowly the threads of the story begin to come together - I have to say I am glad that the book has been split into two parts or it would have been overwhelming even for me. The story moves at a swifter pace than the previous two parts and coalesces into fewer, more in depth, threads.

Some characters grow, some diminish, all leave their mark. The world continues to develop with a few nice surprises, though I have yet to see the point of the spider-like creatures interlude. At times keeping track Slowly the threads of the story begin to come together - I have to say I am glad that the book has been split into two parts or it would have been overwhelming even for me. At times keeping track is somewhat challenging, particularly with the audiobook but it is well worth the effort.

Classic epic fantasy at it's best. Sep 19, Toni rated it it was amazing Shelves: favorites. This series is one that just constantly keeps getting better and better. In To Green Angel Tower, Part 1 every single chapter was interesting, even with the characters that seemed slightly stalled in the previous novel. And that's a lot to say when you're talking about a massive fantasy world with multiple viewpoint characters. Already fairly certain that this series will end up as one of my all-time absolute favourites. Jul 13, LJ rated it it was amazing Shelves: default.

I have enjoyed nothing more than sinking into the world of Osten Ard as of late. Great Fantasy storytelling with wonderful characters I loved this series over 30 years ago. Revisiting this wonderful universe did not disappoint Not just terrific male characters, but great female characters and unexpected twists work with this classic well written hero's journey. Jun 24, Pete Victor rated it it was amazing. A very strong novel and a fantastic fantasy book. Highly recommended. You will be gladly amazed with the writer's quality of prose and storytelling. 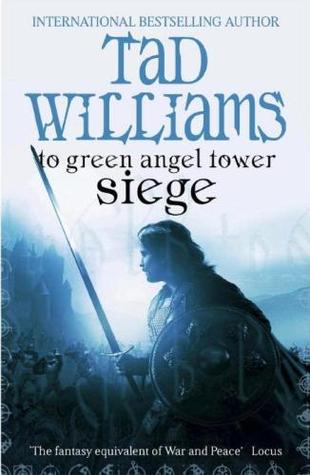 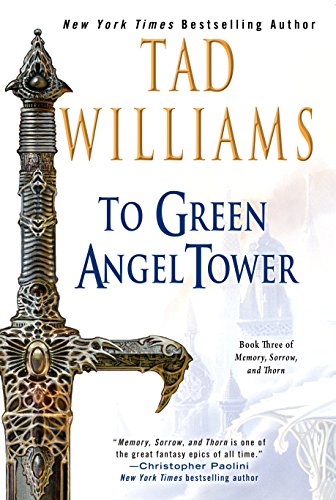 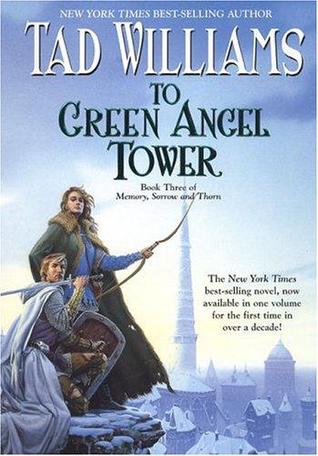